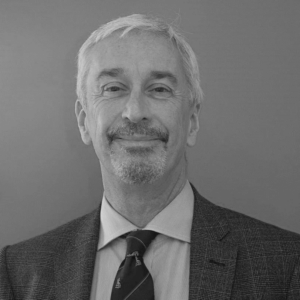 Paul Marks qualified in medicine in 1980 and trained in neurosurgery in London and Cambridge. He specialised in intracranial vascular surgery, pituitary disorders and spinal surgery. He has held consultant posts in New Zealand, Leeds and Harrogate.
He read law at Cardiff Law School and was first appointed to Coronial Office in West Yorkshire in 2004.

Paul was appointed as Senior Coroner for the County of the East Riding of Yorkshire and City of Kingston-Upon-Hull in 2012 and was the last medically qualified Coroner to be appointed to a full-time coronial jurisdiction. He has a particular interest in complex hospital deaths and mental health inquests.

He has previously served as Vice President of the FFLM and was on its Research Subcommittee. 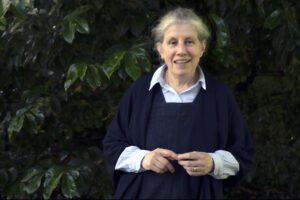 Bernadette was brought up in Bristol and qualified from St Thomas’ Hospital Medical School, University of London, in 1978.

After initial specialist training in Obstetrics & Gynaecology, (O&G), she stepped off the ‘career ladder’, after her children were born. She continued working in O&G, until, fortuitously in 2000, she joined what became the London sexual assault referral centre, (SARC), The Havens. Thus, her career in forensic medicine began, developing through the support and encouragement of her husband and children, colleagues and the FFLM.

Her forensic medical education continued through the University of Ulster, (UU), Course, then as a Member, Fellow of the FFLM. She still works at the Havens, as a forensic physician and as the clinical education and training lead. She has also worked in the Surrey and Gloucestershire SARCs.

She has an interest in education and training: no clinician would progress without the commitment and enthusiasm of those who help others learn: the ‘trainer’/supervisor, peers, students and patients.

Bernadette also sits as a Lay Magistrate in Surrey, where she lives with her family and Byron, the ‘rescue’ Great Dane.

I qualified in Birmingham University in 1978, and moved to Manchester in 1980, and joined General Practice as a principal in 1981.

In 1995 I responded to an invitation to find out more about St Mary’s Sexual Assault Referral Centre, became inspired by Dr Raine Roberts and Dr Vicky Evans, and joined the team. I have worked there ever since. I retired from General Practice in 2017, but continue to work at St Mary’s Centre.

I took the Diploma in Medical Jurisprudence in 1999, and was a Founder Member of the Faculty. I was an examiner for the DFCASA (Diploma in Forensic and Clinical aspects of sexual assault), run with the Society of Apothecaries, and then became an examiner for the Faculty exams in 2008. I was the Chief Examiner from 2013 to 2018, and became the Registrar in May 2020. I am involved in teaching and training in Manchester.

I am passionate about providing excellent care to complainants of sexual assaults of all ages, and about maintaining standards in forensic medicine generally.

I live in Saddleworth with my husband and 3 very spoilt cats, and when not working I am learning to play the saxophone. 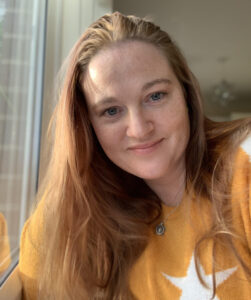 Amy trained at Liverpool University and qualified in 2006. After completing foundation years she worked in obstetrics and gynaecology for three years before changing specialty to paediatrics and working in acute general paediatrics in a unit that included level 2 neonates for seven years. Amy has completed her MRCPCH and is a member of the Royal College of Paediatrics.

Amy was introduced to forensic medicine in 2011 by Prof Ian Wall at Teesside University. She completed the FMERSA through St Mary’s SARC inspired by Cath White, Helena Thornton and Vicky Evans she developed a passion for excellent care of sexual offence victims. Amy went on to obtain her MFFLM. Since becoming a member Amy has been keen to assist the faculty she sits on the forensic science sub-committee, she is an examiner and an appraiser. Amy is passionate about provision of quality care and improving outcomes for victims of all ages. She is enthusiastic about raising standards through provision of quality teaching, training and development of forensic clinicians and partner agencies. 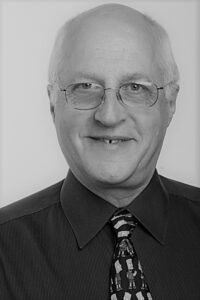 Brian started professional life as a General Dental Practitioner but soon entered dentolegal spheres. He became LDC secretary to four LDCs and in 1999 was Chair of LDC National Conference. He was GDSC representative for Essex and served on the Statutes and Regulations Committee. He Chaired the Dentists’ Health Support Trust for 10 years. Brian joined Dental Protection in 1995 and stayed with them for 25 years as Senior Dentolegal Adviser with responsibility for NHS and GDS matters. He ran their very successful High Risk Assistance programme. Brian was on the Board at the Royal College of Surgeons that became FGDP and last year became a founder fellow of the new CGDent. Brian was in the first tranche of DLAs to join the FFLM as a Fellow.

Brian is qualified in Dentistry, Psychology, and Law. He is an Archers Addict and keeps chickens (Scott & Bailey) and a 100 year old tortoise (Monster), and millipedes. 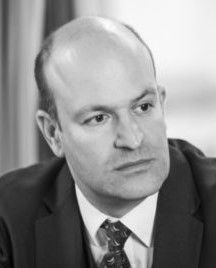 Dr Anton van Dellen is a barrister at Fraser Chambers, specialising in defamation, public and commercial law. Anton also sits as an Assistant Coroner in West London. He has a Bachelor of Medicine and Surgery (MBBCh) from the University of the Witwatersrand, Johannesburg; a Doctor of Philosophy (DPhil) in Physiology from the University of Oxford; a Master of Arts in Law from the University of Cambridge; and a Masters of Law (LLM) from BPP. The subject of his LLM was expert witness liability. Anton was a registrar in neurosurgery before becoming a Fellow at Christ Church, University of Oxford. He also held several senior management posts in the NHS.  Anton is an advocacy trainer for Inner Temple, is a member of Inner Temple’s Bar Liaison Committee and sits on Inner Temple’s Executive, Finance and Investment Committees.  He is also an elected member of the Bar Council, is Vice-Chair of the Bar Council’s Legal Services Committee and sits on the Education and Training Committee. He was awarded a Princess Royal Scholarship from Inner Temple and was a Rhodes Scholar at the University of Oxford. 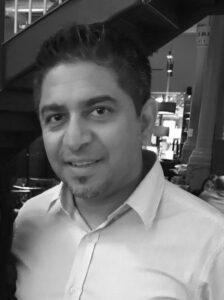 Shiraz Qualified from the Charles University in Prague in 2001. He continued his career in research in Czech Republic, following which he moved to the United Kingdom and started working full time in the field of Clinical Forensic Medicine since 2005.

Since 2012, shiraz has been an active Examiner for the FFLM Membership Exams. He is also a Section 12(2) Approved Doctor in the field of Mental Health.

He is currently the Clinical Lead for the South Wales Police since 2016 and a member of the Royal College of Pathology as a Medical Examiner. 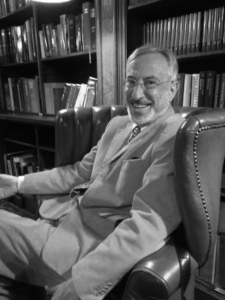 Andrew has been a paediatrician, GP, medical director, and public health consultant, before his career in law. He gained an LLM in public law with a dissertation on the statutory duty of quality.

He was called to the Bar at The Middle Temple and transferred to practice as a consulting solicitor. He became a part-time assistant deputy coroner in 2007 and was appointed as HM Coroner for London Inner South in 2010. He investigates deaths in five hospitals, three of which are specialist centres and several mental health institutions, which lead to his regularly instructing medical experts. The jurisdiction has 4 prisons and there is a range of travel, industrial and domestic accidents, drownings and police custody deaths, leading to about 15 jury inquests and use of a wide range of experts.

He has written on health policy, edited books on primary care needs assessment and Health Law and published on communicable disease law, NHS system failures and anonymisation. He has researched what is a natural death and published in peer reviewed scientific and legal journals. He is the author of four chapters in the leading text of Jervis on Coroners. He is Professor of Coronial Law at Queens Mary’s, William Harvey Research Institute, University of London. 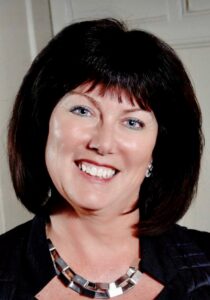 I have worked for Medical Protection Society (Dental Protection) since September 2014 as a full-time Dentolegal Consultant.

I have a background as a General Dental Practitioner within the Armed Forces: the Royal Army Dental Corps for five years and then the Royal Air Force for 16 1/2 years. I currently still work in private practice on a sessional basis and I am the Senior Dental Officer on 4626 Aeromedical Evacuation Squadron within the Royal Air Force Reserves, responsible for the training and career management of all Reserve Dental Officers and Dental Nurses.

I have undertaken further postgraduate training in both dentistry and law.

I have a keen interest in Forensic Odontology and I am currently going through the BAFO Mentoring Programme and participate in a Dental Forensic Team on-call rota for the UK.

I regularly present talks and webinars to dental practitioners and dental care professionals both face to face and more recently remotely due to the Covid-19 pandemic and had a number of articles on various dental subjects published in the dental journals.