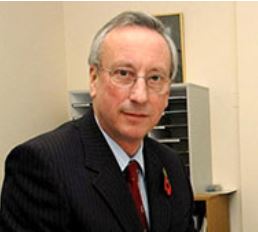 These medical archives are dedicated to honour our late colleague, Michael Alan Knight, a multi-talented doctor. In an era when the simple description ‘doctor’ is becoming more and more difficult to sustain, his life and work as general practitioner, police surgeon, occupational physician, teacher, medical diplomat, the epithet certainly belongs to him. He was a founding fellow of both the Faculty of Forensic & Legal Medicine and the Royal Society of Medicine Clinical Forensic and Legal Medicine Section.

At an early stage in his career, he was fortunate in coming under the influence of Stanley Burges, who sparked his interest in what we now call clinical forensic medicine. The Practical Police Surgeon (1969), then The New Police Surgeon (1978) were our bibles. By 1978, Mike was Force Surgeon for Suffolk Constabulary, contributing very much in his own right to the first edition of Clinical Forensic Medicine. He was co-author of the chapter on ‘The Practitioner’s Obligations’ in the 1996 edition, redrafting it for the third edition (2009), then keen to discuss it even in the last few months of his life.

He was dogged by ill health, having to retire from general practice on medical grounds. A loss to the NHS, yes, but what a gain for the Association of Police Surgeons and its members. As President and for many years as Honorary Secretary, Michael acted as friend, arbiter and negotiator. He was a stalwart of the BMA Forensic Medicine Committee where his skill and common sense could always be relied on.

As force surgeon, he had at heart the health and welfare of police staff, sworn and lay, in Suffolk. His opinion carried the authority of someone with an occupational health qualification, but a major interest was the police diving team, as a Health & Safety Executive approved doctor. His post gave him the opportunity to participate fully in the affairs of ALAMA, the Association of Local Authority Medical Advisers.

Latterly, he continued to take a small number of sessions on call for the police in Ipswich, so keeping himself abreast of the needs and anxieties of the practising police surgeon providing, on the one hand, a high standard of care in unsuitable conditions and, on the other, expertise as an investigator in criminal inquiries. He was an essential component of initial and advanced forensic physician training.

Equalling these achievements in his professional life was the crucial role he took in the establishment of the Faculty of Forensic & Legal Medicine. As the AFP gave way to the Faculty, he was able to serve the embryo Board by bringing his accumulated wisdom to bear.

An additional charm was his uncanny (if carefully measured!) capacity to pick out the best wine to accompany the best meals in whichever part of the world convivial gatherings of the forensic brother(and sister-)hood found themselves. 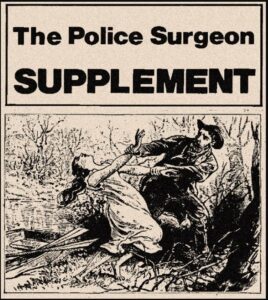